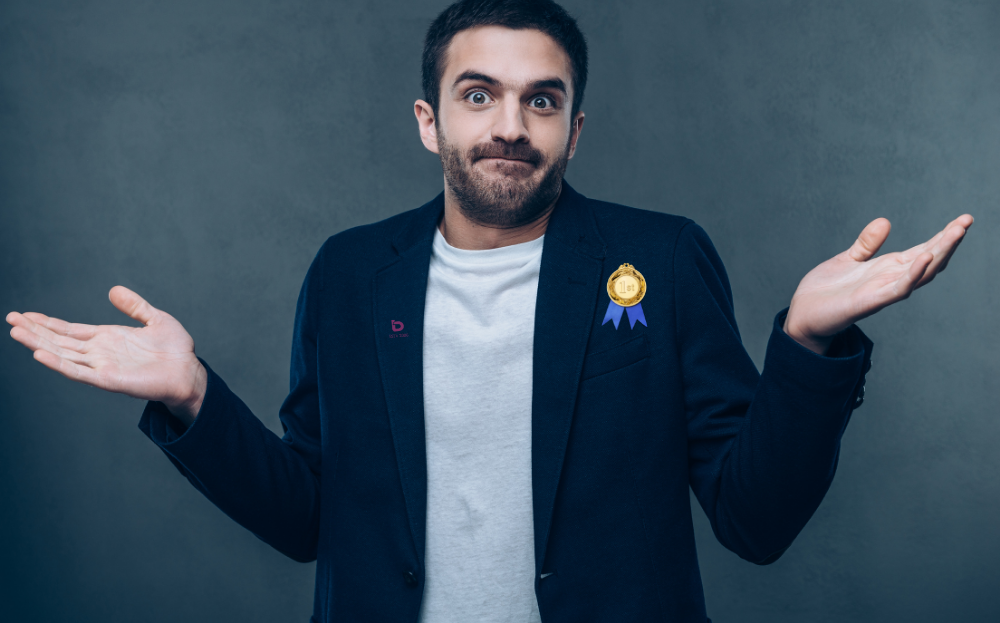 The end of any year or beginning of the next will usher in a tradition that you can almost set your watch to.

First and most important, this isn’t to negate the importance of acknowledging people for their hard work and achievements. This is a tough business, one that takes consistent and persistent effort to achieve any kind of sustained success. So, if you won an award, kudos to you.

Again. Great work, for real. Congratulations. I suppose the thing that doesn’t often get talked about is what is the purpose of hanging that badge on all of one’s social media channels? Many will actually run sponsored ads to promote their award.

Are they internal awards to recognize people within a brokerage? Or are they advertising tools to use as leverage?

There are several pieces of luggage to unpack on this.

1. What do they even mean? Internal organizational awards are based on metrics that have no meaning to the general public and no consistency between brokerages. Does the Shining Diamond Award at ABC Realty mean the same as the Gold Plated Legend award at XYZ Realty?

2.  And also, what do they even mean?! Is Agent A with the Soaring Eagle Award better at their job compared to Agent C who only has a Flying Eagle Award? Is that even possible to quantify?

3.  Is the real estate industry the most self-awarded industry on the planet? Possibly? Tough to say but it’s difficult to think of another industry that is consistently producing awards on a monthly, quarterly and yearly basis.

4.  Does the general public care? If you’re looking for a Realtor, are you considering how many shiny icons they have in their email signature or social media description? That is one that you’ll have to answer.

Or conversely, does it turn you off if an agent uses that as their distinguishing characteristic? Do you go to a restaurant because they sell the MOST burgers on the planet or because you really like the restaurant and the burger and the atmosphere and the people and the fries and how they make you feel?

5.  #1 at what? There are actual advertising guidelines that require an ad to comply to specific rules. True story. That said, it’s fair to say that billboards and such often fall through the cracks. Which is why you can drive in any direction and find a #1 at something. These things are kind of like stats. Sometimes you have to dig a bit deeper to get to the real meaning.

The list could go on but you likely get the point…

What’s interesting is how different people will use or not use their position in the relevant ranking system.

Some of the highest producing agents in Niagara will barely make mention of it. They are purely focussed on their clients and their tribe. Any associated awards along the way are icing on the cake. Their north star is not the trophy. It’s the thrilled client.

A further example of our personal lack of confidence in the usefulness of Realtor Awards Season is the fact that you won’t find our names attached to any production awards. It’s not that they morally offend us. It’s simply a personal choice for us, partially rooted in everything you just read.

We’d love to hear your thoughts on our industry and our awards. Do they matter to you? Do you even pay attention?