bLOG: Beware of ALL Monthly Reports in 2021. 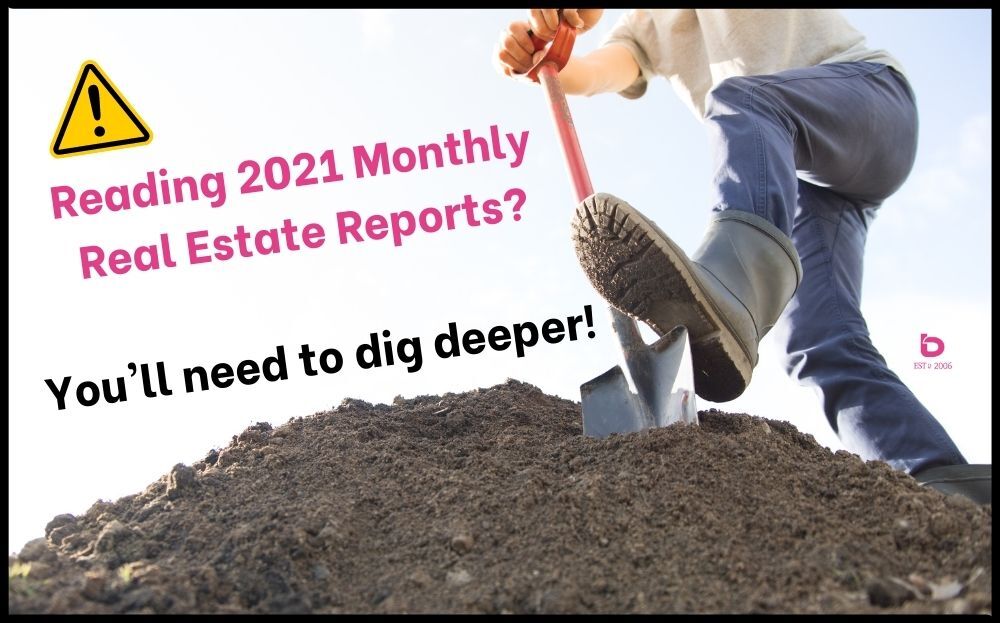 The monthly real estate market reports for 2021 should all come with a fair sized asterisk attached to them.

How can we compare a month in 2021 to any month in 2021 when we saw double digit swings in all directions? As well, compound the impact that supply and demand has had and you’re going to see numbers that will make you shake your head a little bit. Or a lot.

* It’s worth noting that Fonthill had some serious swings in Average Sale Price last year but that isn’t common for the lower volume cities that also have a high price ceiling. Niagara-on-the-Lake falls into the same category.

So, what is driving those historic gains?

Flashback to high school economics. It is simply a case of imbalanced supply (number of new listings) and demand (number of sales).

The last 3 months has really shown increasing intensity as the available listings languished under the pressure of serious buyer demand.

That disparity was compounded by 3 things:

1. January is not typically a serious provider of new listing inventory.

2. COVID lockdown has people less than excited about buyer or selling.

3. For those who want to sell, they’re concerned about “where am I going to go?” if there is reduced inventory.

Number of New listings:  3rd lowest in the last decade. The lowest  years for new inventory were 2015 and 2016. It’s worth noting that those time periods prefaced what became the 2 highest years on record in terms of annual average sale price increases.

Number of New Listings:  The previous 92 days produced the lowest number of new listings in the last decade. In fact, the 439 new listings were 100 less than the average for last decade

Number of Homes Sold:   The last 92 days produced the 2nd highest number of homes sold in the last decade with 475 sales. The highest? You guessed it. 2016 still holds the record with 492 sales. That was the first (and only) time that St.Catharines cracked 2,500 sales in 1 year. Going back a decade, the average for November through January was 392 sales.

What does that all mean? It means that the inventory levels at this point are being negatively impacted by various factors which for some in the market is terrible timing considering the demand levels.

We will continue to track the market on an ongoing basis and watch as we expect to see inventory levels improve as we move through February into March. The big ‘x’ factor is how demand will track. For example, once things ease a little bit, will demand levels that are currently suppressed run in lock step with the inventory?

Stay tuned and feel free to reach out at anytime with questions. We’re happy to help.